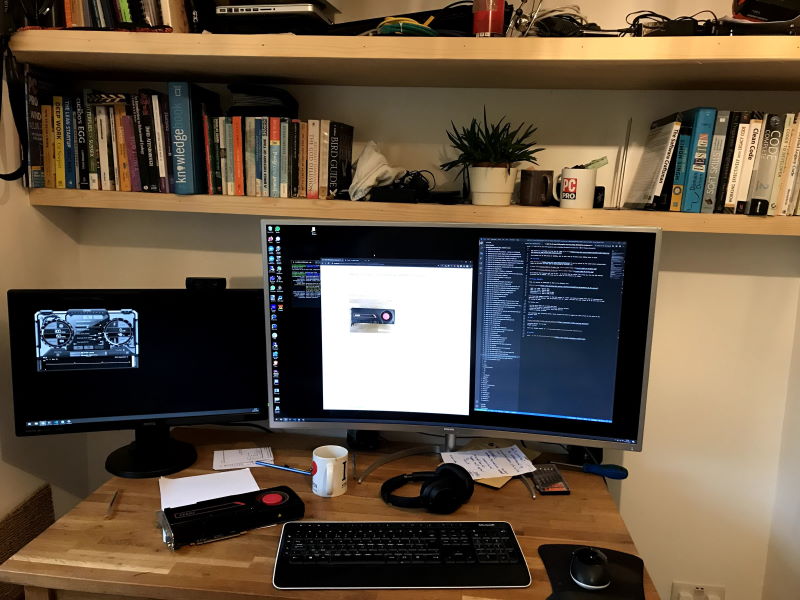 Having a great development machine setup is important.

I’ve been struggling with my graphics card and monitor setup for years, and frankly gave up getting it running at optimal resolution and refresh rates. (4k - 3840 x 2160 at 60 Hz)

TL;DR - also having a brace on my card with the Accelero cooler helped demonstrating that I had loose connection.

I’ve got 2 of these cards which were bought back in April 2013 for Bitcoin mining. 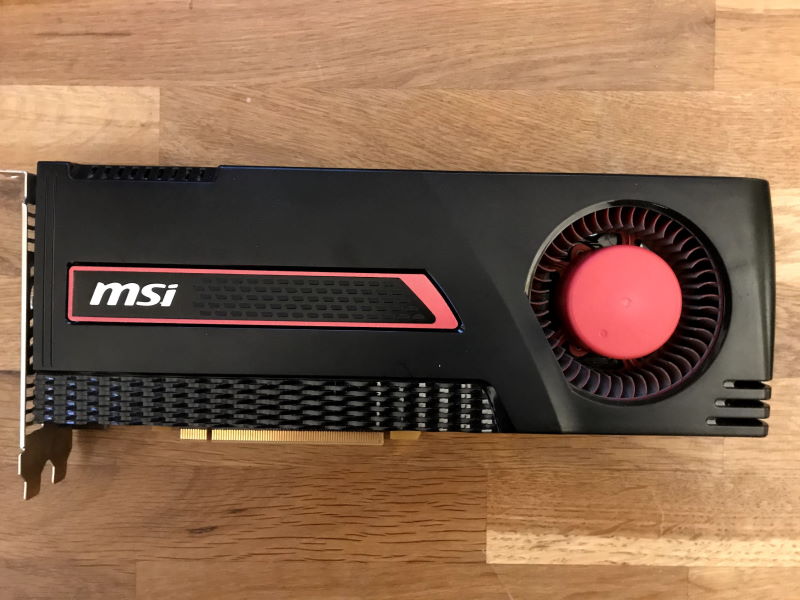 On the front it is badged as a MSI card. MSI make cards based on Nvidia and AMD gpu chips. https://gpu.userbenchmark.com/ shows that Nvidia have double the number of cards that AMD have, and currently have a higher user rating. It is hard to get graphics cards just now (eg the AMD Radeon 6800 / 6900 XT and Nvidia 3080 and 3090)

The card is based on the reference AMD Radeon HD 7000 series - wikipedia article which is a family of GPU’s developed by AMD and manufactured by TSMC around Q1 2012. ATI was bought by AMD in 2006 and is now a division of AMD.

Here is a reference card review

It uses the 28nm manufacturing process. By comparison the Nvidia GEFORCE RTX 3090 uses an 8nm process today in early 2021.

Many manufacturers (partners) used this design (reference design card) eg Club, Diamon, Gigabyte, HIS, Sapphire, PowerColor. All kept the 7970 in the product name. Except for AMD themselves who rebranded this as the R9 280X in late 2013 for $299.

techpowerup.com specs are the most accurate. 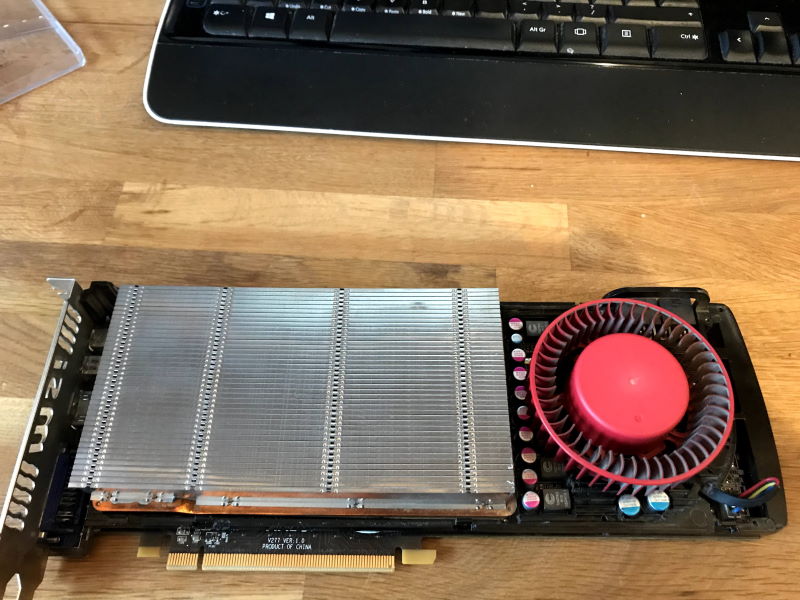 So - here is one of my 2 issues with this card.

The other issue is cable wobbliness (see below)

MSI Afterburner I use to control my fan speed which automatically ramps up and down too quckly and is distracting in everyday use. I have noticed that my cases internal fans were not at max, so this helps cooling now, and the ramping up and down of the gpu fan isn’t as pronounced. 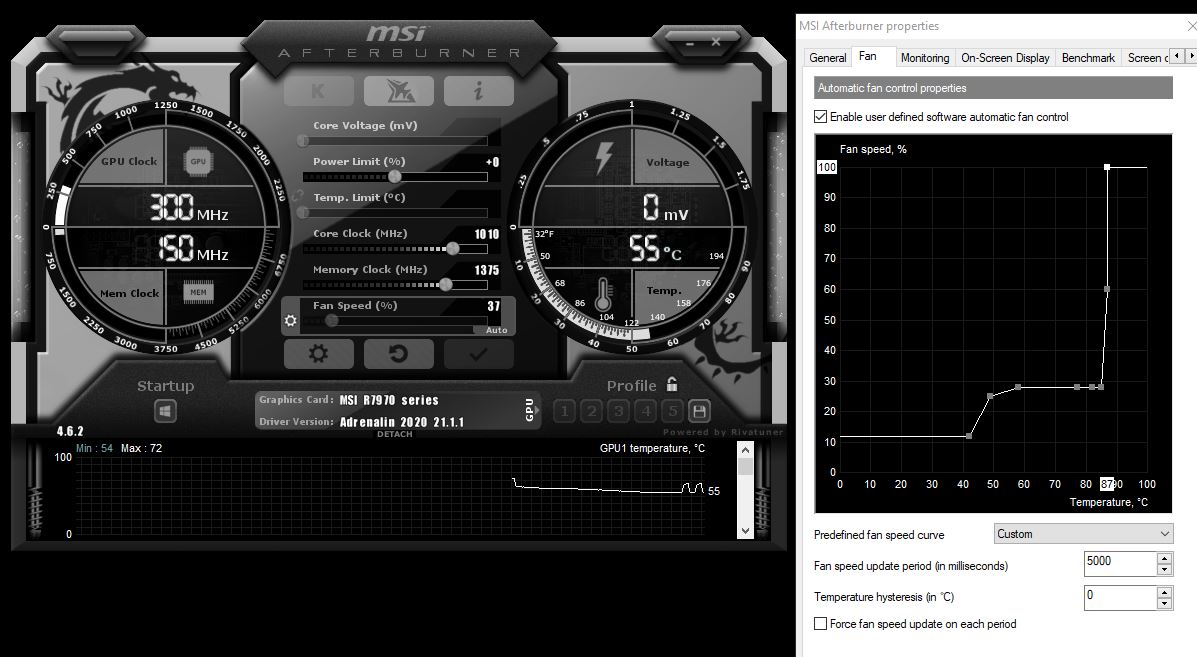 When cranking the card hard eg War Thunder which is free to play, on 1080p at Max settings, I’m getting around 100fps. 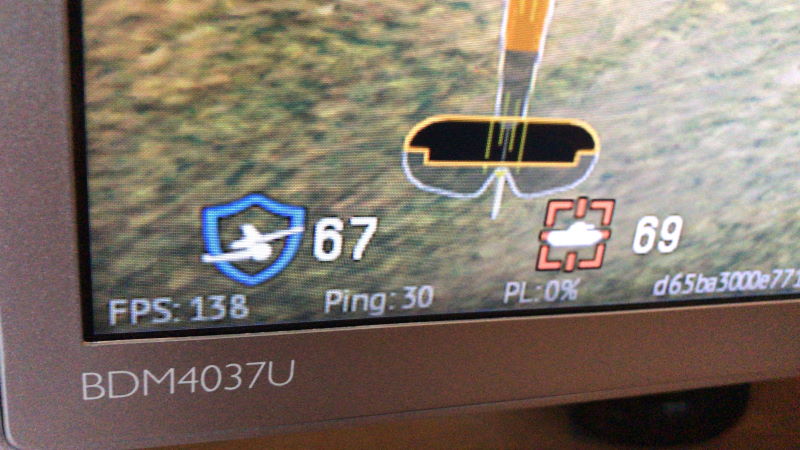 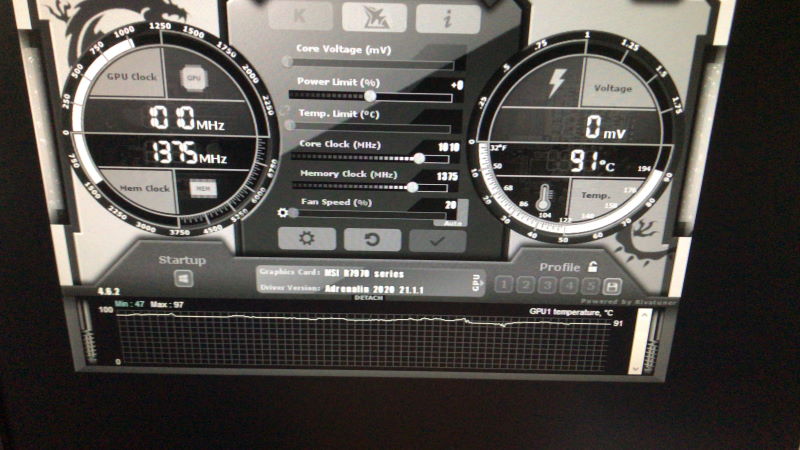 After around 100oC the card will thermally throttle to 500MHz clock speed, and I have to restart the machine to get back to full power. 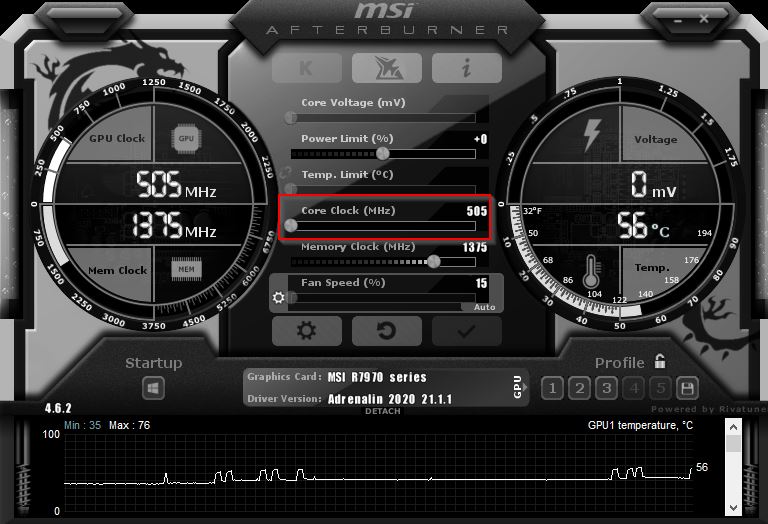 Under everyday load (I’m a developer) I’m tried throttling the card to 505MHz to keep the temps down.

I also used openhardwaremonitor.org to monitor other fans and temperatures on my system. 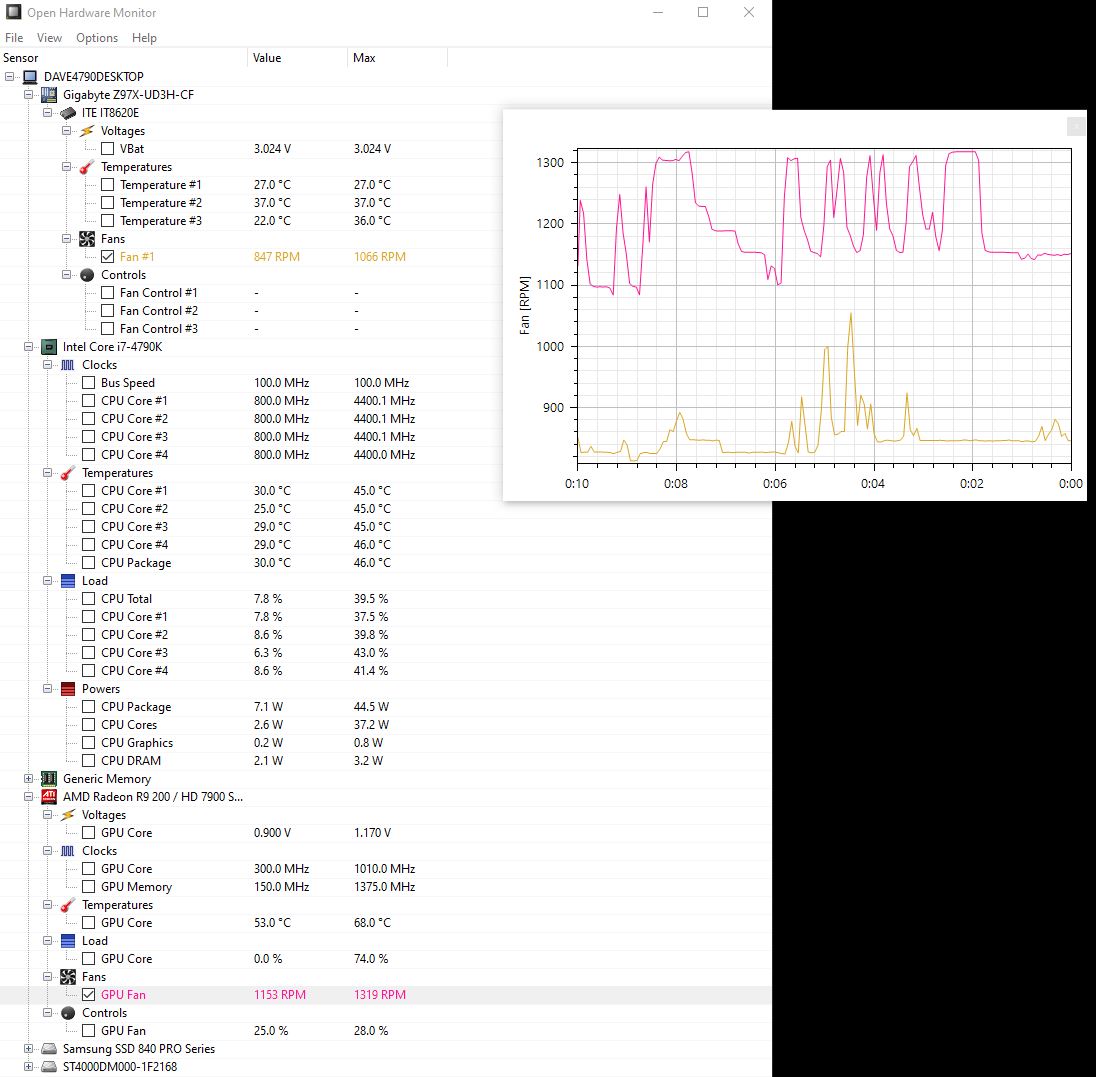 There are aftermarket air coolers. I bought I Arctic Xtreme IV and it is works well and is quiet.

The System has detected a link failure

Quite often I’ll get this message when connecting the monitor for the first time, or having waggled the cable. 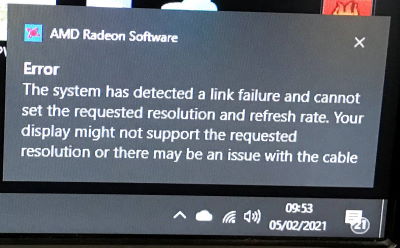 From googling around it is to do with the type of Display Port 1.2 cable.

I bought a few VESA Certified cables which seem to work much better:

This cable works the best for me as was a bit longer too.

This one but only came in 1m length.

I do sometimes get flickering (and a black screen) and have to waggle the cable around at the back of the graphics card. So it is probably something on the card, or the connection.

I have 2 identical cards and both exhibit similar problems.

Cuda is limited to Nvidia hardware. OpenCL is the best alternative on AMD.

DLSS is Nvidia only

So I do have annoying stability issues with this setup, however when it is working (and the kids don’t bump into the computer), it does work beautifully.

It also screams like a banshee on full load.

I think I’ll be going towards an Nvidia card, water cooled potentially for less noise whilst gaming, and for the ability to do CUDA based programming.

On the positive side - I love having a beautiful development machine which works!