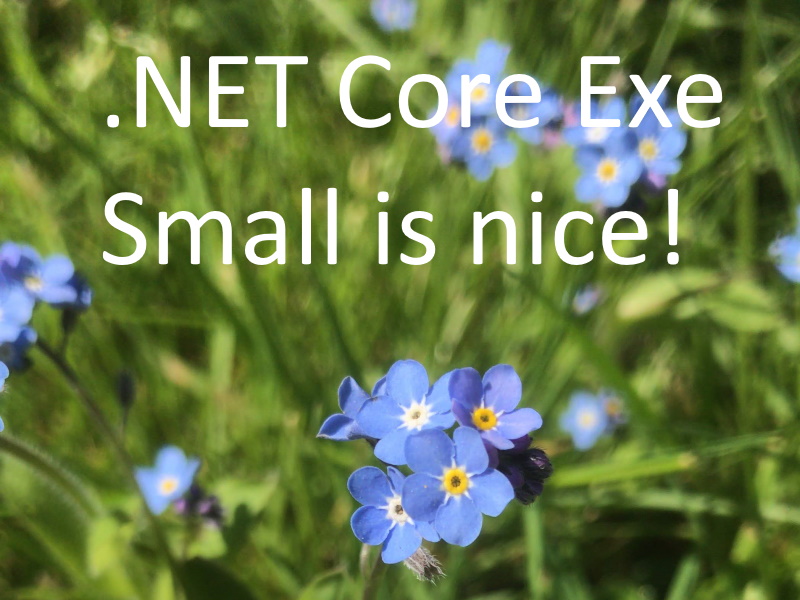 I have a simple .NET Core Console Application

Here is my Open Source project which looks in your current directory and opens up the .sln file in Visual Studio. It is a tool I use every day for the last few years

From MS Docs if you run the following command you’ll get a single exe.

Wow this is a large exe for essentially a very simple app, lets make it smaller:

Lets run publish again and see if the trimmed exe is smaller:

Scott Hanselman has a good post on this but I couldn’t get it working as he did with all config in the .csproj file.

After a strange error that I’m not sure why happened:

I recompiled the solution again using VS tooling which is nice: 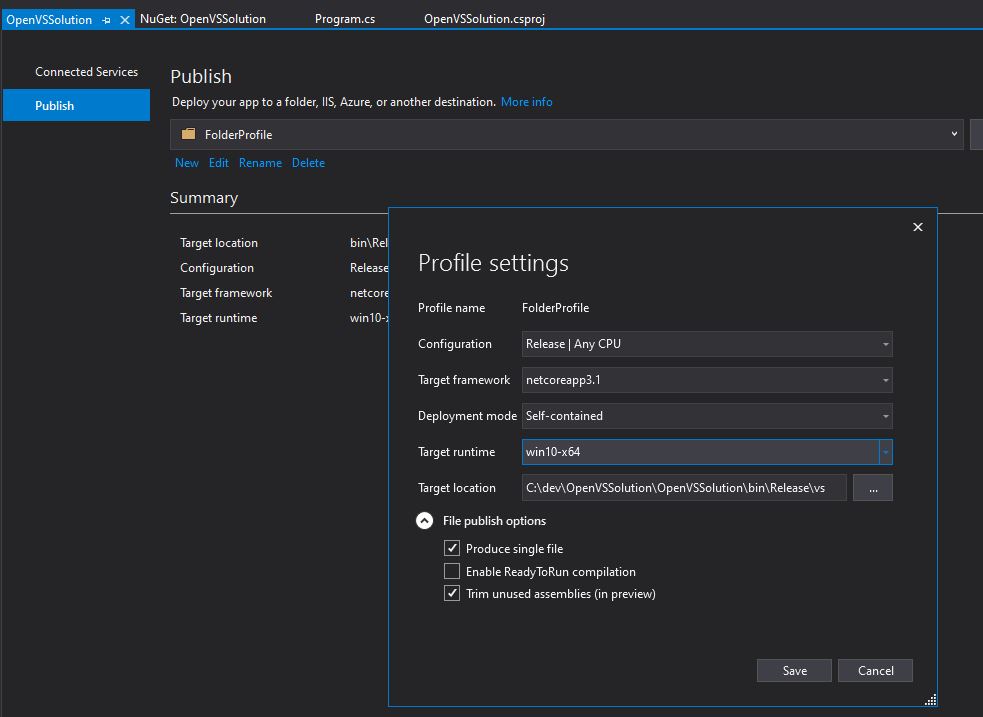 It makes me very happy to be able to distribute a single .exe again for my console apps.