We use Azure Blob Storage to host .mp4 videos for a client and wanted to have an accurate download count on a per video basis. Here was my initial question on Stack Overflow

All code show below is in my AzureFunctionBlobDownloadCount solution.

What is Azure Functions?

Azure Functions is a serverless compute service that enables you to run code on-demand without having to explicitly provision or manage infrastructure. 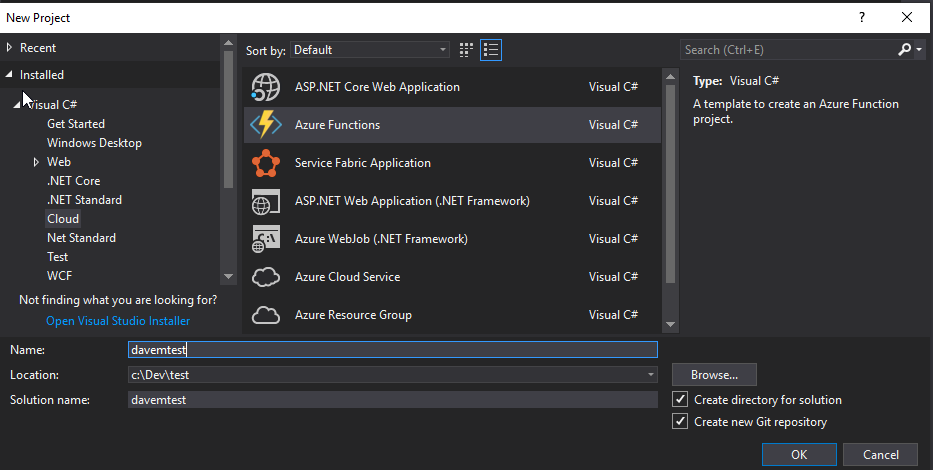 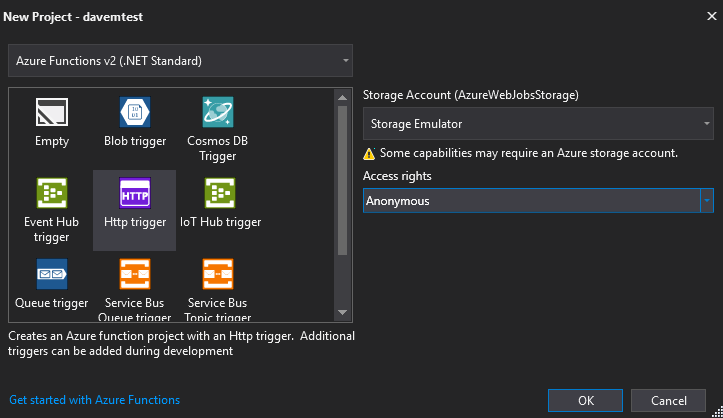 Functions v2 (.NET Standard) is where new feature work and improvements are being made so that is what we are using. 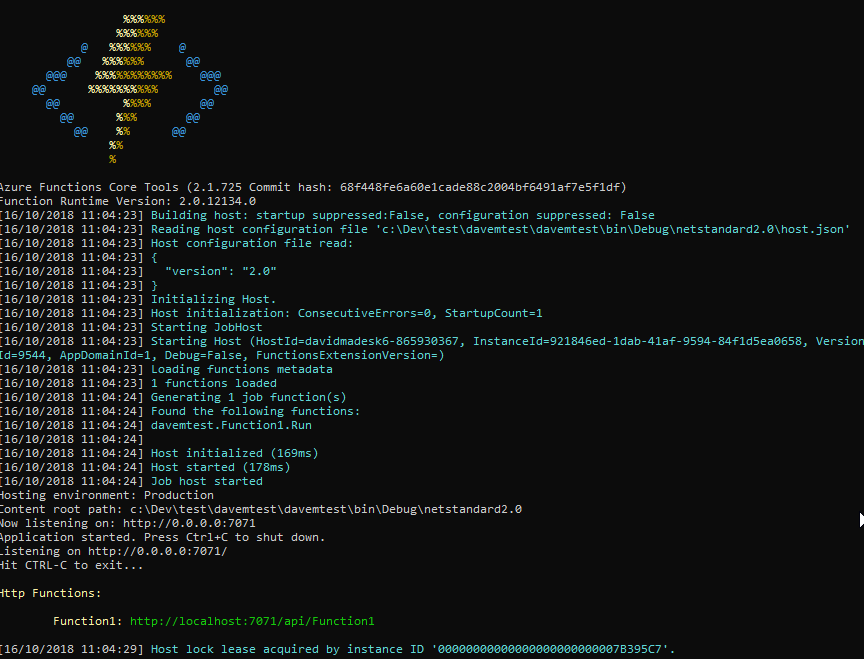 And if we go to http://localhost:7071/api/Function1?name=dave we’ll get back

Let’s deploy this to Azure 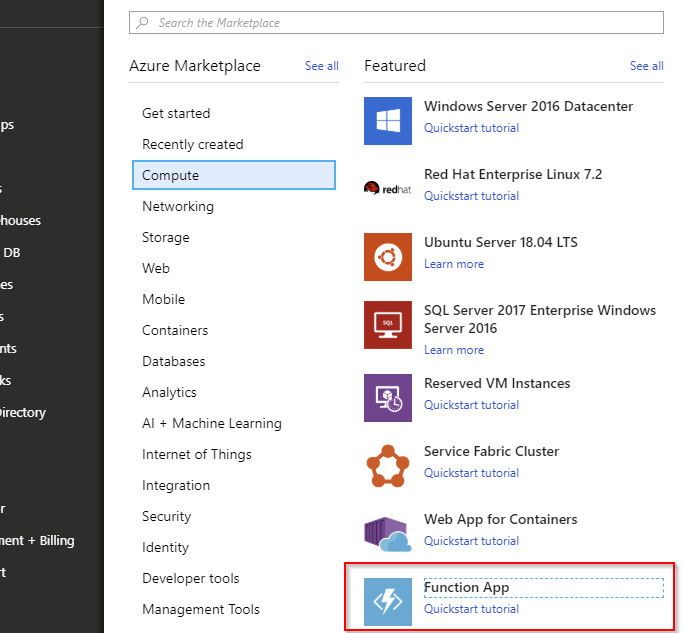 Create a new function from the Azure portal 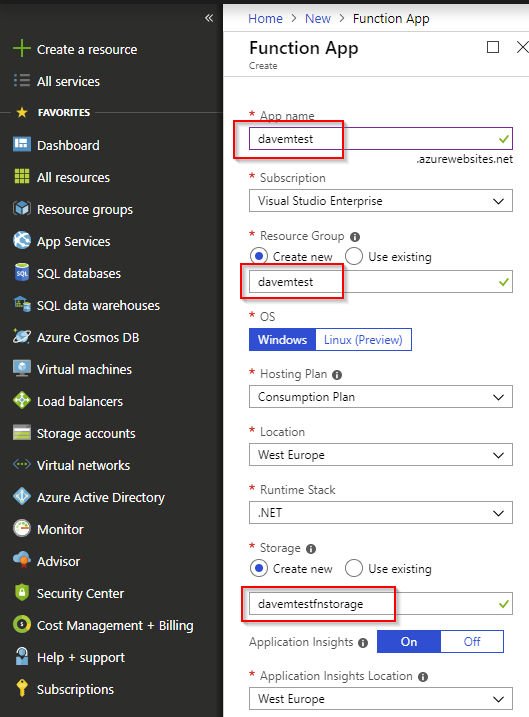 Name the function, RG and Storage

These assets are created 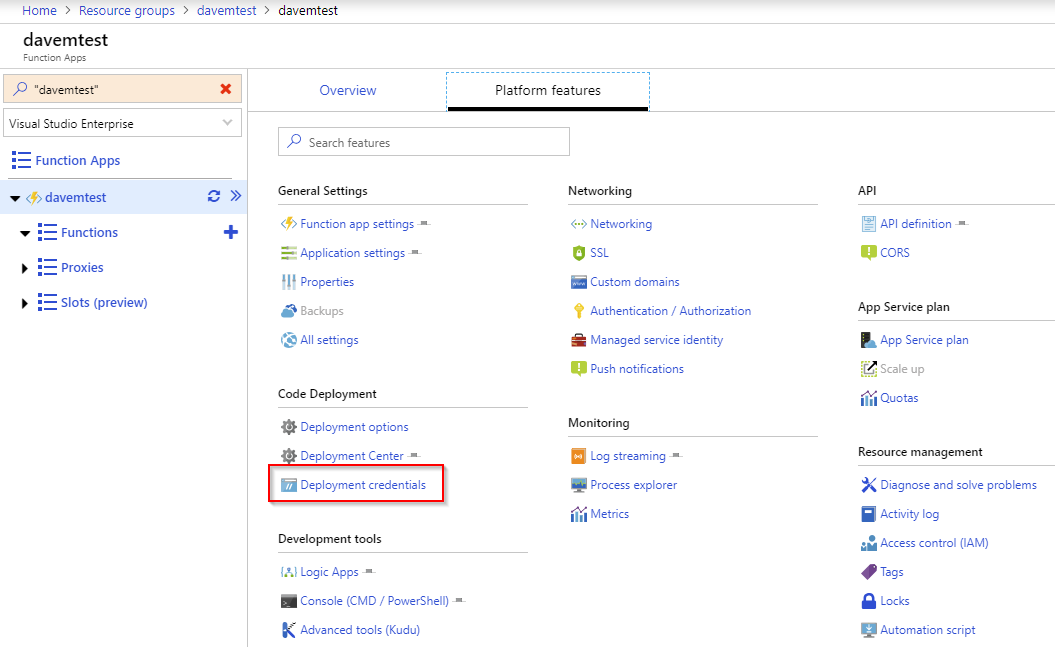 Inside the newly created function, let’s setup how to deploy to it.

For local development I find using Local Git deployment is excellent. Use Deployment Center to setup then:

Use the App Credentials so they are specific to this app only. User credentials are across your entire Azure estate.

Setting up deployment from the command line. Use -u (–set-upstream) means that you can simply do git push and not specify which remote.

Sometimes you’ll get a badly cached password - this is where you delete it.

If all has gone well the function will deploy. So now, grab the URL

Testing the function - it worked!

Now we can deploy Azure Functions we need to setup some storage to host some .mp4 video files: 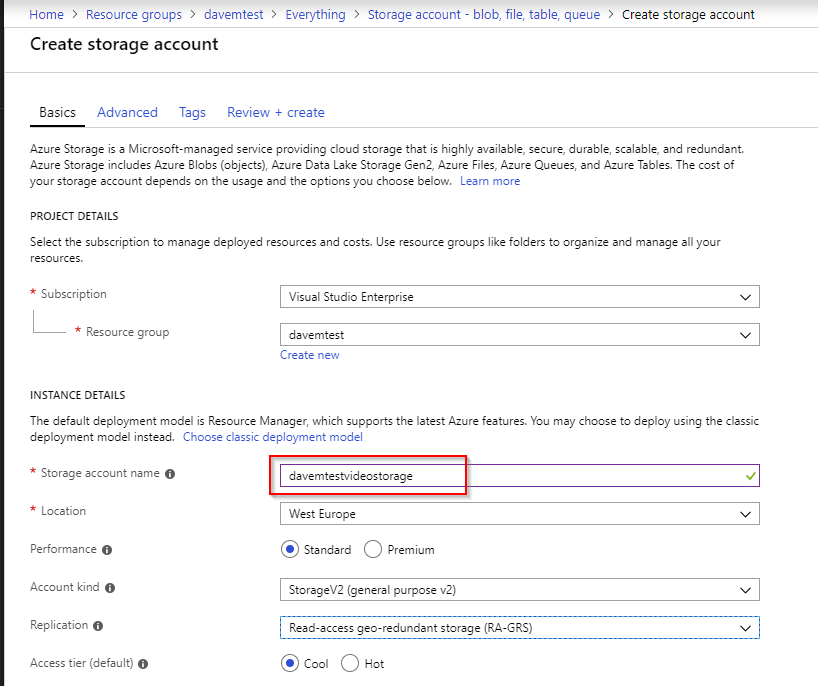 create video container and put anonymous read access on it. 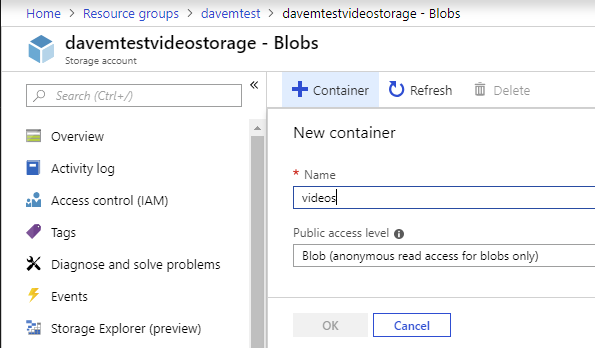 Use Azure Storage Explorer to put up some test videos.

https://davemtestvideostorage.blob.core.windows.net/videos/a.mp4 or whatever your blob storage is called, should now work. Seeking to a specific time in the video will not work more detail. Use this AzureBlobVideoSeekFix console app to update the offending namespace.

Turn on logging of downloads: 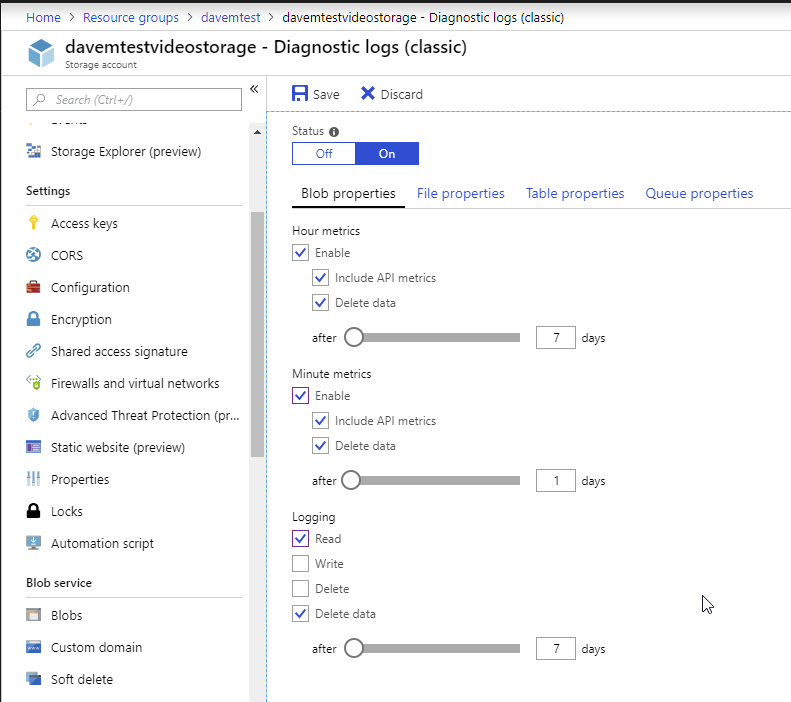 This will create a $logs folder only visible in Azure Storage Explorer. 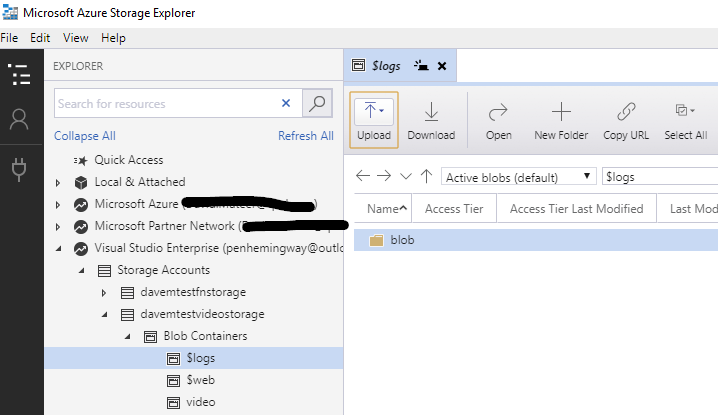 The above strategy misses some downloads in high volume situations.

So we will use a similar strategy to Chris Johnson and his source:

It is useful to run the function locally to test it is working.

Part of the code showing how to get the connection string. For testing locally you’ll need a local.settings.json which isn’t uploaded to Azure Functions. 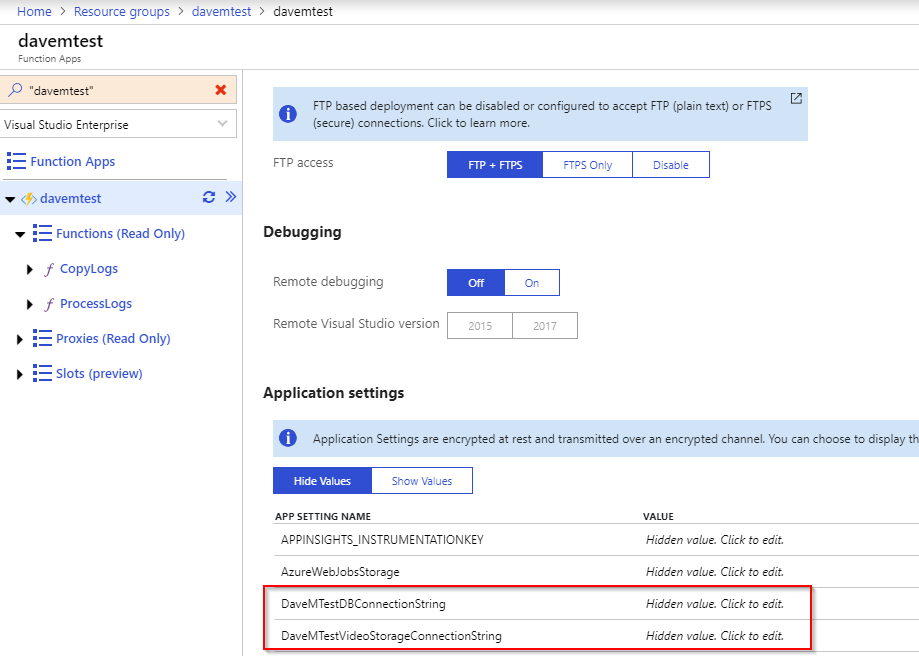 So we should now be able to connect to storage on local and live.

It seems you are supposed to use App Settings for Storage Account connection strings, but Connection String for a SQL connection string as described in the Microsoft docs. I’ve found that app settings work for both.

Azure Functions Database gives more details on why Connection Strings may be better - possibly better integration with VS.

To hold the results of the file parsing I created a simple 5DTU SQL Azure database - the lowest powered db available. 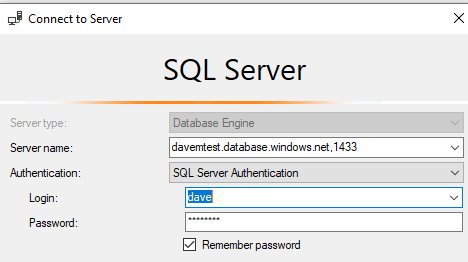 connect to the db from SSMS

Put in a table to hold the data.

Exceptions are caught and bubbled up to the Azure Portal UI

Retry 5 times if applicable and guidance on exceptions here

Report from the database

Now we have a granular log of who downloaded what and when. It is easy to create a nice report that the client can see every month.

Azure Functions were an excellent fit for doing a task every 5 minutes, having a Blob storage watcher, parsing data and inserting into MSSQL.